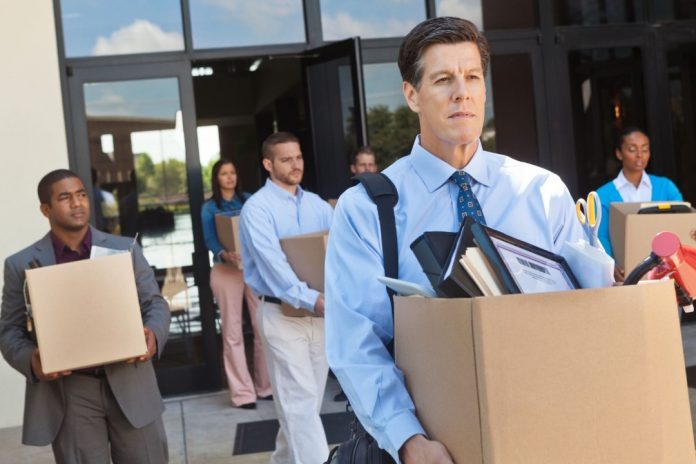 “You should feel fortunate you have a job right now, so I don’t want to hear any moaning!”

The less than wise words from a leader in a large company who were on a cost cutting mission, from my dim and distant past. Something I was reminded of during a conversation about some Covid related downsizing happening at the company where a friend of mine works.

It began, as many of these budget cutting exercises do, with training and quickly moved onto travel, marketing and trade shows before the rumors began to circulate that headcount was next. The cuts came. How they arrived caused more long term damage and unnecessary risks to the business than was clearly intended.

It’s unfortunately common for organisations to mistakenly announce ‘what’ is going to happen while failing to address the ‘why’ and the ‘how’. In this case ‘what’ was also largely missing from the communication process. The resulting uncertainty proved not only to be stressful and morale sapping but also served to increase anxiety and confusion for all concerned.

The reaction of the workforce to the loss of headcount exacerbated the underlying financial concerns. Productivity dropped, as did sales and the company lost more people than was likely intended. Due to the lack of understanding of the what, why and how, many decided to move on, rather than wait to be pushed. The company scrambling at times to try and retain the services of those whom they did not want to lose. In many cases they were successful in allaying the fears of those about to move onto pastures new, only to infuriate those employees a matter of weeks later by cutting them anyway. An attempt, rather belatedly, was made to communicate the ‘strategy’ being employed and announced the cuts were now at an end. Trust was lost, many were left angry, but a collective sigh of relief could be felt throughout the ranks. Three weeks later it was clear that the company’s announcement of the cessation of cuts had been premature. More headcount was to go and seemingly as randomly executed at the first round, without explanation. A more apologetic tone was inserted into the next company wide communication, confirming that this last round of terminations was the last. It wasn’t. More was to come.

It was later revealed that the original intent, in addition to other savings, was to cut around 15% of the payroll costs. The company actually lost over 25% of its staff and incurred considerable costs trying to replace those who fled this disaster zone. As one might imagine the organisation didn’t look like the best career option and the high potential candidates stayed away. Further damage was inflicted for a long time reputationally. Vendors, partners and customers were less than impressed with the aftermath and as output and sales slowed, complaints increased.

Cutting during periods of stagnation or contraction of the business seemed like a good idea to someone in this case. But the resulting damage was clear for all to see for the years that followed. The haphazard, poorly planned and executed removal of the very tools needed to improve productivity, stability and profitability took its toll. The forced layoffs failed to create a more efficient organization because the greater emphasis was given to reducing numbers and eliminating a specific job description instead of considering contributions. There was no consideration of the experience, rapport and knowledge of certain customers or products. The layoffs caused reductions in productivity as knowledge gaps appeared. Survivors became increasingly disloyal as work loads and expectations increased. Absenteeism became a significant issue.

The lessons learned here would make for a long list but there are other strategies that can help the business control costs more effectively, increase productivity and boost profitability:

Employing a consultative process that includes the employees is a good place to start. Those on the front lines may have valuable input as to how costs can be managed and revenue increased. Salary reductions may be required, voluntary layoffs or a reduced work week before reducing headcount significantly.

Ensure that any layoffs are implemented after very careful consideration of the roles slated for elimination and the those who inhabit those roles. Engage with those who can provide key insight into any re‐structuring decisions. Pay equal attention to the employees who are going to lose their jobs and those who remain.

Look carefully at efficiencies by geography or within specific product and services lines. Making an across the board cut is an ineffective way to cut costs. It may do even more damage to the organization’s ability to compete.

And finally a strong strategic vision requires a commitment to people. Fostering and developing talent in the long term will in turn help to develop the strength of the company, thus perhaps preventing the consequences of a downturn.

Short-term actions have longer-term consequences. As such it is possible to argue that quick headcount reductions come at a price. Notably, the price of missed opportunities.

This article is part of the MEA HR Contributor Series. The author is an expert in their field and contributes to MEA HR & Learning. We are honored to feature and promote their contribution on our website. Please note that the author is not employed by MEA HR and the opinions expressed in this article do not necessarily reflect official views or opinions of MEA HR.