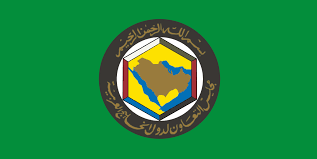 The Ministers of Labour committee of the Gulf Cooperation Council (GCC) honored three Emirati companies for their commitment to localise jobs for nationals in the UAE as well as for excellence.

Majid Al Futtaim Retail – Carrefour and Emirates Gateway Security Services won the Excellence in Substituting and Localising Jobs category, while the National Factory for Security and Safety Equipment was honored as a distinguished small project.

The award ceremony was held on the sidelines of the 8th meeting of the Committee of the Ministers of Labour, which recently concluded in Riyadh.

His Excellency Dr Abdulrahman Al Awar, UAE Minister of Human Resources and Emiratisation, led the ministry delegation to the meeting, which was attended by other Ministers of Labour of GCC countries. The meeting was held within the current session of the GCC Summit, chaired by the Kingdom of Saudi Arabia.

The meeting discussed the labor decisions ratified by the GCC Supreme Council as well as the proposed strategy for joint Gulf action in the fields of labor and manpower. The members reviewed the experiences of other member states, including the experience of the Kingdom of Saudi Arabia in the settlement of labor disputes.

The GCC Ministers of Labor praised the UAE model of Emiratisation, especially the Nafis programme, which aims to enhance the inclusion of Emiratis in the private sector through a package of benefits and incentives as well as equipping them with advanced skills through training and development courses.

Four Milestones on the Journey Towards Achieving Employee Experience Excellence