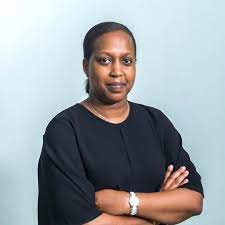 A society cannot reach its true potential without the full and equal participation of women, Kampeta Sayinzoga, CEO, Development Bank of Rwanda, told a discussion at Expo 2020 Dubai on Tuesday, while pointing out that men and boys are also crucial in closing the gender gap. Sayinzoga was speaking during the majlis, Visions and Journeys, at the Women’s Pavilion on Rwanda National Day.

She said: “You cannot exclude 50 per cent of your society and expect to have fast economic growth, a stable society and communities that are thriving. It just doesn’t work.”

According to Sayinzoga, Rwanda’s narrowing of the gender gap can be attributed to the leadership’s vision, which presented equality between men and women as a way to make communities better, improve children’s education and increase GDP. The whole approach necessitated the inclusion of both men and women.

Sayinzoga argued that the country’s success is seen in the subsequent introduction of legal reforms and quotas that contributed to the rise of women’s positions in power and authority. For example, Rwanda was the first country in the world to have a female-majority parliament, with 61 per cent of seats held by women.

Sayinzoga emphasised that social cohesion is a more significant indicator of perceived gender equality than a country’s wealth, quoting a global survey in which many participants said they do not believe their country would ever achieve the Sustainable Development Goal 5, of gender equality. In that survey, she said that the countries that ranked very highly are the countries that are known to have very high social cohesion.

Sayinzoga highlighted the important role men and boys play in closing the gender gap. In addition to tackling men’s biases and attitudes, Sayinzoga also raised the issue of educating boys to include and respect their peers.

“We have centres of excellence for education  around the world for girls. But that is not where the problem is. I think we need to discuss how we raise our boys, because the power does not lie with the girls. It is not the girls that refuse to be seen. The success story of Rwanda is that men changed their minds. It is not that women became superior or better-trained, or better professionals.”