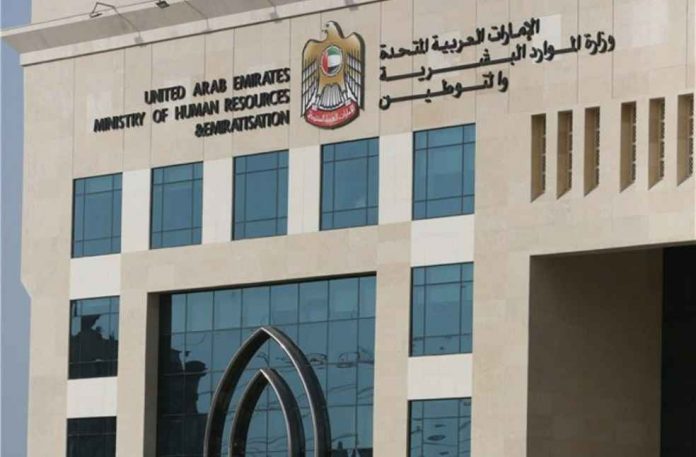 The Ministry of Human Resources and Emiratisation (MoHRE) has identified four types of violations that could lead to the suspension of new work permits for the companies, according to a newly announced resolution.

The Ministry has also specified the duration in which corrective measures shall be undertaken by the company to rectify its status and fulfil its legal obligations to become entitled to obtain work permits again in accordance with Ministerial Resolution No. 543 of 2022 regarding the administrative suspension of a company.

According to the decision, the four violations include breaches stipulated in the Cabinet Resolution No. 21 of 2020 regarding service fees and administrative fines by the Ministry and its amendments.

The second violation includes failure to provide appropriate labour accommodations according to the provisions of Ministerial Resolution No. 44 of 2022 regarding occupational health and safety and labour accommodation. The company file is administratively suspended until the required accommodation is provided for the employees.

The third violation entails human trafficking allegations, where the violating company is suspended until it is proven innocent. The suspension continues for two years after a final ruling is issued against the company in the event of conviction.

The fourth violation encompasses abuse of the electronic powers granted to the company to access the Ministry’s systems, which could result in a disruption of the Ministry’s procedures. In this case, the company’s file gets administratively suspended for a period of six months from the date of proven violation.

His Excellency Khalil Al Khoori, Undersecretary for Human Resources Affairs at MoHRE, said: “The new directives are in line with the Labour Relations Law and its Executive Regulations, to ensure compliance of the private sector companies with the law to guarantee the rights of both parties engaged in the work relationship in a balanced manner, and at the same time ensuring productivity, business environment competitiveness and attractiveness of the UAE labour market.”

He added that the labour market legislation “is in continuous development to keep pace with the Ministry’s efforts to contribute towards building the best and most active economy in the world.”

The Ministerial Resolution also authorised the employment of a foreign worker in the same profession, in any of the branches of the company owned by the same employer and licensed to practice the same activity, without the need to obtain a work permit from the Ministry.

It also authorised the employment of a foreign worker in any other company owned by the same employer (not a branch) even if the worker is not registered on it, provided that a work permit is obtained from the Ministry in accordance with the relevant regulations. Failing to comply with this procedure is considered a violation of Cabinet Resolution No. 21 of 2020 regarding service fees and administrative fines and its amendments, where the company file continues to be suspended until the fines are paid.

According to the Resolution, the administrative suspension is applied to the rest of the companies owned by the same owner/owners after six months have passed from the date of suspension, according to certain measures decided by the Ministry.

The Resolution also authorised administrative suspension for any company if it is proven that it had violated any provisions of Federal Decree-Law No. 33 of 2021, according to certain measures also decided by the Ministry.

The Resolution allows grievance against the administrative suspension decision, according to the procedures stipulated in Ministerial Resolution No. 45 of 2022 on the formation of the grievance committee based on the decisions issued by the Ministry.