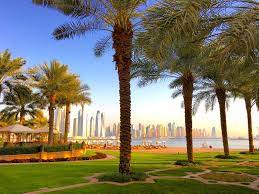 The Ministry of Human Resources and Emiratisation (MoHRE) has announced the start of Mid-Day Break for labourers at project and construction sites from 12:30 until 15:00 from 15th June to 15th September 2022.

Mohsen Al Nassi, Acting Assistant Under-Secretary for Inspection Affairs at MoHRE, said that the midday break – being implemented for the eighteenth consecutive year – comes under the Ministry’s continued implementation of its integrated system for occupational health and safety. The regulations aim to provide a safe working environment for labourers and spare them the risks of exposure to high temperatures during the summer months.

He pointed out that the Mid-Day Break during the afternoon hours is a key feature of the UAE labour market, and has achieved positive results over the past years. Notably, this has led to a significant reduction in the cases of workers’ exposure to heat exhaustion and heatstroke, reinforced by relevant reports issued by the health authorities in the country.

Al Nassi praised the positive role and support of the private sector establishments who have committed to implementing the Mid-Day Break over the years. This is a fundamental pillar of success that has been achieved with the active participation of the community, reflecting UAE’s vigilance in protecting the health and safety of workers and labourers.

He added that in concurrence with the Mid-Day Break, various awareness and guidance activities and initiatives that focus on educating workers and employers about the importance of adhering to the work ban at the specified times will be implemented in cooperation with government and private entities and institutions in the various regions and emirates of the country.

The Ministry also said that it receives reports from community members about any violation of the Mid-Day Break through the call centre on 600590000 from Monday to Saturday from 8:00 to 20:00 in several languages, in addition to receiving reports through the smart application to the Ministry.

Some jobs are exempted from the work ban in the afternoon for technical reasons which requires work to continue uninterrupted. These include project works such as spreading the asphalt mixture or pouring concrete or other work necessary to ward off danger, repair, damage, malfunctions or accidental emergency losses, including work to repair obstruction in water supply lines, sewage lines, electric lines, or obstruction of traffic on public roads, and gas or oil pipelines.

It also excludes works whose implementation requires a permit from a competent government agency due to their impact on the flow of traffic and services, such as cutting off electricity and telecom lines.

In the event of works or tasks that for technical reasons should continue without interruption during the afternoon hours, the employer shall provide cold drinking water commensurate with the number of workers on duty, and the conditions of safety and public health should be maintained by providing hydrating food and liquid such as salt, lemon and other materials that are approved for use by the local authorities in the country. In addition, companies should keep provisions for first-aid at the work site, appropriate industrial cooling facilities and shades from direct sunlight, and providing a shaded place for workers to rest during their downtime.

Employers are also required to post the schedule of daily working hours in a prominent place, in accordance with the provisions of the midday break, provided that it is in a language that workers can understand in addition to Arabic.

An administrative fine will be imposed on establishments that violate the midday break amounting to AED5,000 for each worker and a maximum of AED50,000 in the case that multiple workers are working in violation of the midday break.