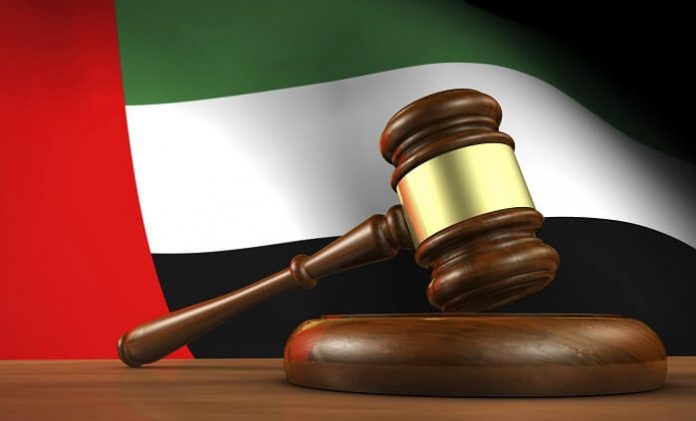 The new law on domestic helpers aims to regulate the employment relationship of domestic helpers in the UAE, as well as set and balance the rights and responsibilities of all relevant parties involved, the Ministry of Human Resources and Emiratisation (MoHRE) said on Tuesday.

Under the new law, which will come into effect on 15th December 2022, domestic helpers may not be recruited from their home country before being informed of the nature of work and the wages, as well as presenting evidence of their fitness, health, psychological, and professional competence to complete the work required.

Recruitment offices, whether directly or through third parties, are prohibited from accepting a commission in return for obtaining work or incurring any expenses from the domestic helpers.

The decree also covers the obligations of recruitment agents, which include treating domestic helpers in a humane way, not exposing them to violence, and raising their awareness of the relevant authorities they must contact if their rights are violated.

Agents must also provide domestic helpers with a booklet with details of their wages or other related information to ensure that they receive the correct wages, in line with the mechanisms determined by MoHRE.

Recruitment agents must cover the cost of returning domestic helpers to their home countries and either provide a substitute helper or refund the amount paid by the employer, in line with the decisions issued by the ministry.

“The UAE continues to establish a legislative framework that safeguards domestic helpers, in line with its mission to establish the country’s pioneering status as a preferred global destination to live and work,” the ministry stressed in a statement.

“The ministry is keen on building on the UAE’s achievements in supporting domestic helpers by committing to its role in overseeing the enforcing laws, decisions, and legislation that would regulate recruitment and employment of domestic helpers in line with international best practices during the contractual period.”

“The new law sets a comprehensive legal framework that outlines the obligations of both parties and helps recruitment offices to provide exceptional services that achieve comfort, satisfaction, and happiness for employers and employees alike. It also protects the rights of domestic helpers and meets the aspirations of both parties, which contributes to reduced labour disputes and enhances the UAE’s competitiveness.”

The decree-law identifies the responsibilities of employers, which include maintaining the appropriate environment for performing the agreed upon work; providing suitable living accommodations for the domestic helpers; providing meals and appropriate clothing to enable the helpers to perform their duties as long as they were hired on a full-time basis and not on temporary contracts, except if agreed otherwise.

The employer’s obligations also include paying the wages of domestic helpers as per their contracts; covering the costs of medical treatment for domestic helpers under the framework the UAE’s health system; treating domestic helpers in a manner that preserves their dignity and integrity.

Furthermore, the employer may not make the domestic helper work for others except if this is part of the terms and conditions as stipulated in the executive order of the decree-law and the decisions issued by MoHRE.

The employer is also prohibited from employing any domestic helper unless he or she is licenced to do so. Also, the domestic helper should not be asked to work for others or in a profession different from the nature of his work mentioned in the work permit, except under the helper’s consent and if it is one of the professions mentioned in the executive regulations of this law-decree.

The decree dealt with the obligations of the domestic helper, as it stipulated that he or she must perform the work according to the direction and supervision of the employer and in accordance with what is specified in the contract, take the necessary care and not stop work without an acceptable excuse, in addition to observing the customs and traditions of the UAE society and adhering to public morals and the instructions of the employer regarding the implementation of the agreed work unless it is in violation of the contract, the law, public morals, or what exposes it to danger or legal accountability.

The domestic helper must also respect the privacy of the workplace, preserve the employer’s property, work tools and everything in his custody, and not use them outside work except with the approval of the employer, and not to work under any form except under a work permit issued to him/her by the ministry and in accordance with the applicable conditions.

It also stipulates that the recruitment or employment of a domestic helper under the age of 18 is prohibited, and in the event of the recruitment or temporary employment of domestic helpers, there must be no discrimination among them on the basis of race, sex, religion, nationality, social status, or disability, which would weaken equal opportunities or prejudice equality in obtaining or continuing a job and enjoying its rights. It also prevents any form of forced labour or any practice that falls within the framework of human trafficking in accordance with the laws issued by the country or ratified agreements.

According to the law, the domestic helper is entitled to a weekly rest day as determined by the executive regulations of this law. The helper may be employed on his or her weekly rest day but in this case he/she is entitled to an alternative rest day or a cash equivalent to that day, and the helper’s daily rest must not be less than 12 hours per day, subject to a minimum of at least eight continuous hours’ rest.

The annual leave should not be less than 30 paid days for each year, and if the domestic helper is asked to work during all or part of his/her annual leave, and the period is not carried over to the following year, the employer must grant the helper the wages plus a leave allowance equal to his/her wages for the days he/she worked in that period, bearing in mind that the domestic helper may not be asked to work during his/her annual leave more than once during two consecutive years.

The law grants the domestic helper the right to transfer to a new employer, provided that all contractual requirements specified in the contract are fulfilled, taking into account the rights of the original employer, and in accordance with the conditions and procedures in force by the ministry, and the employer shall not be bound by the expenses of the helper returning to his/her country if he/she joins another job, in accordance with the provisions of this Law and its Executive Regulations.

According to the law, in the event of a dispute between the employer and the domestic helper and the inability to settle it amicably, it must be referred to MoHRE, which has the right to take a decision as it deems appropriate to settle the dispute amicably in accordance with the procedures stipulated in the executive regulations of this law. If an amicable settlement is not possible within the specified period, the dispute shall be referred to the competent court.

The law obliges both the parties to the contract with the approved occupational health and safety requirements and health prevention methods in accordance with the provisions of the executive regulations of this law and any other legislation in force in the country.