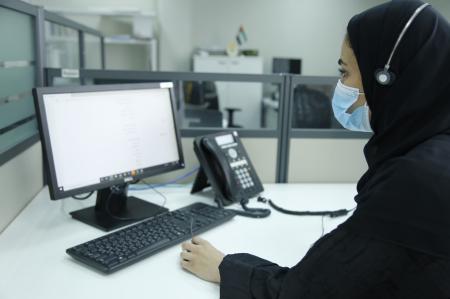 The Department of Statistics and Community Development (DSCD) in Sharjah announced the launch of its annual labour force survey in collaboration with the Federal Competitiveness and Statistics Centre.

The key annual survey aims to monitor changes in the labour market and identify latest trends by collating latest statistical data on the size of Sharjah’s workforce in 2021, thereby presenting a clear analysis of the levels of employment and unemployment amongst both citizen and resident categories in the emirate.

The survey will conclude on December 31 after having collected latest data and information from the employed and unemployed members of 2,200 families in Sharjah. Information from labour camps from across the emirate will also be included in the study’s sample set.

Apart from collecting data on the labour force, job seekers, and regulated and unregulated workers, the survey will also highlight the various economic activities that were pursued by the sample set in 2021. The comprehensive study will also feature other information related to the job market including the percentage of unemployed.

One of the purposes of this holistic and integrated survey is to provide accurate and updated data on participation rates in economic activity in relation to the variables of age, gender, level of education, marital status, apart from classification according to occupation, salary scale and average weekly working hours. It will help collate social, economic and demographic details to monitor changes in the rate of unemployment, especially among citizens.

Apart from conducting field visits to the homes of the survey’s target audience, the DSCD team will also hold telephone interviews from a dedicated call centre, which will operate from 9am – 3pm and
4 – 10pm. The department has urged Sharjah’s citizens and residents to show their participatory spirit by accepting calls from DSCD, which can be identified via the unique code: 065191.

Sheikh Mohamed bin Humaid Al Qasimi, Chairman of DSCD, noted the value of the survey in painting an accurate picture of the on-ground realities and transformations that Sharjah’s labour force witnessed in 2021, in addition to specific details like demography, age, gender, economic activity, and more. He added that the data would allow policymakers to design mechanisms to reduce unemployment and provide the labour market with the professional expertise and specialisations they need to continue doing well in the ever-changing job market.

Emphasising the importance of cooperating with the survey teams, the DSCD Chairman called upon all respondents in the emirate to provide them with the information required for the study, noting that the data collected would remain confidential.