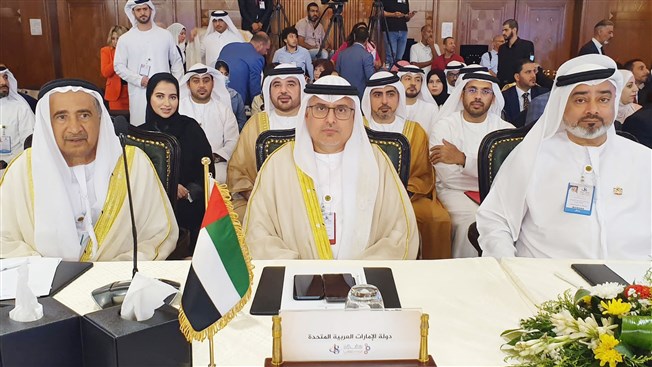 Developing new strategies to upskill workers and enhancing business environments for employers are necessary to prepare for the digital future of work, UAE’s Minister of Human Resources and Emiratisation told the 48th Arab Labour Conference, held in Egypt from September 18-25 2022.

“Young people are the fastest group to not only adopt new technologies but also to keep pace with disruptive innovations that create new business models,” His Excellency Abdulrahman Al Awar said at the conference held in Cairo. “Developing integrated strategies that ensure the availability of qualified workers can contribute to building diverse, flexible, competitive and knowledge-driven economies.”

The UAE is preparing for the next 50 years by building human capabilities in new fields and that in line with UAE President His Highness Sheikh Mohamed bin Zayed Al Nahyan’s vision, Al Awar added. “By accelerating priority sectors and the adoption of advanced technologies, such as artificial intelligence, the Emirates aims to become the most competitive and attractive economy in the world,” he continued.

“The UAE government has approved the UAE Digital Economy Strategy, which aims to raise the contribution of this sector to 20% of the total non-oil national economy in the coming years. Our nation has also established The UAE Digital Economy Council, which seeks to support the country’s efforts to double the contribution of the digital economy to the GDP in 2031,” he added.

The new labour legislations in the UAE boost strategic and qualitative change to the labour market and business environment, Al Awar said, explaining that investing in future jobs and industries must be developed with an integrated legislative and legal structure and an advanced digital infrastructure.

“This was one of the strategic plans adopted by the UAE during the COVID-19 pandemic. It has proven successful and effective in supporting business continuity and maintaining the strength of the national economy, which recovered from the pandemic and made the UAE became one of the world’s fastest-recovering nations.”

As the Arab world looks to new economic horizons, updating laws and regulations based on the latest global studies to keep pace with rapid transformations in local and international markets has never been more necessary, he said. “Doing so will make economies more flexible, sustainable and diverse for the future.”

His Excellency Dr. Abdulrahman Al Awar led the UAE’s delegation to the Arab Labour Conference and was joined by senior ministerial officials and representatives of the business and workers communities.

The UAE delegation attended the opening session attended by His Excellency Hassan Mohamed Hassan Shehata, Minister of Manpower in Egypt, and His Excellency Ambassador Abdul Hussein Al Hindawi, Assistant Secretary-General of the League of Arab States.

The conference served as a platform for Arab leaders to discuss the Director-General of the Arab Labour Organization’s report “The Digital Economy and Employment Issues.” They also discussed digital technologies that contribute to the 2030 Sustainable Development Goals, artificial intelligence, and the fast-changing world of work.